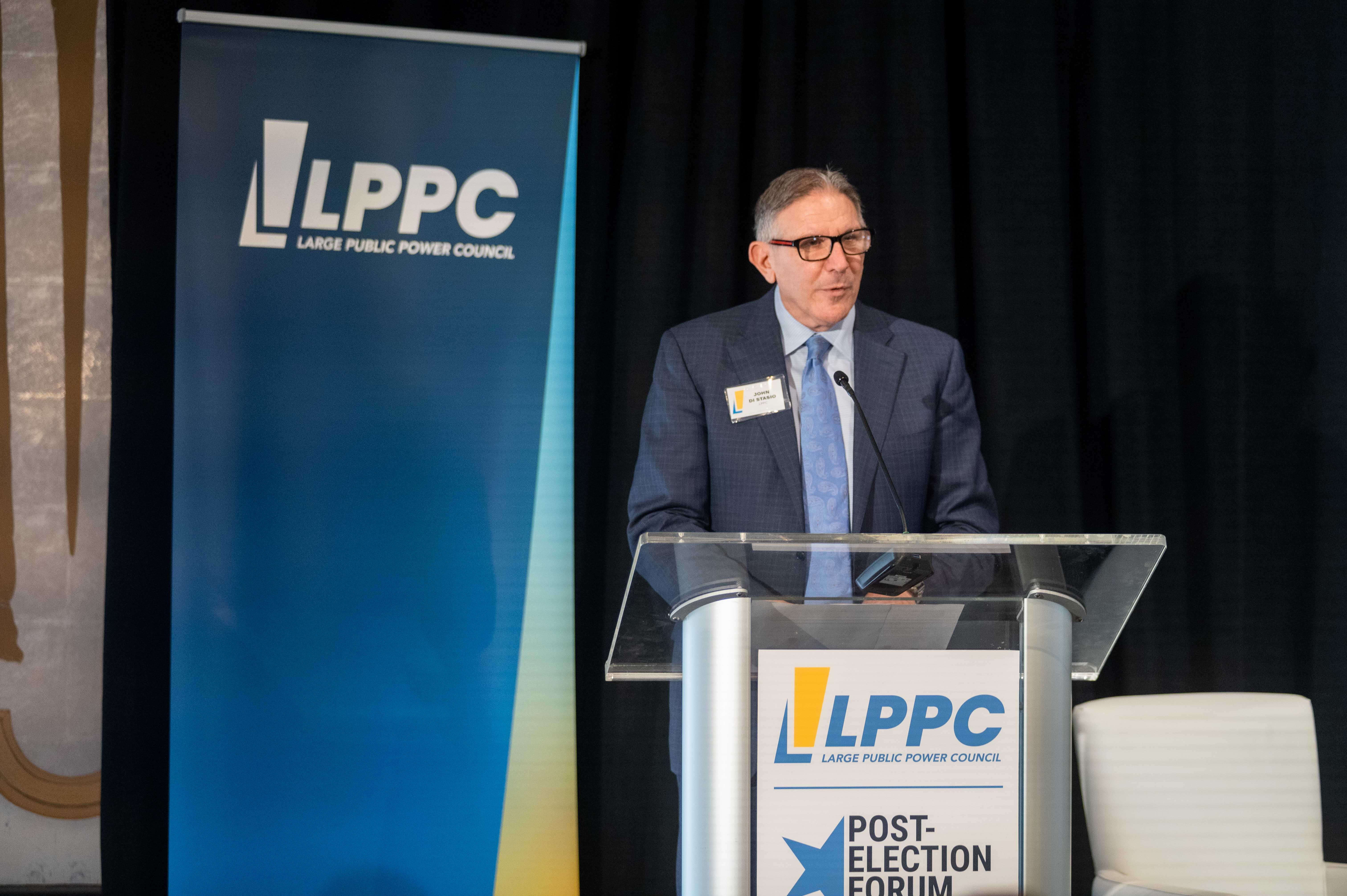 by: John Di Stasio, President of LPPC and former CEO of SMUD

LPPC members gathered in Washington DC in early December to examine the outcome of the midterm election and the legislative landscape ahead at LPPC's biennial Post-Election Forum.
‍

LPPC members were joined by a lineup of top policymakers, including former Democratic Senator Heidi Heitkamp, Congressman John Curtis (R-UT), and FERC Chairman Rich Glick. They also heard from energy and climate experts including ClearPath CEO Rich Powell, general counsels from EEI, American Clean Power Association, and SEIA; a team of reporters from Bloomberg Government; and Congressional aides from the U.S. Senate Committee on  Energy and Natural Resources and the House Ways and Means Committee.

The landmark energy tax credits included in the Inflation Reduction Act (IRA) were a key topic of discussion throughout the forum. The creation of new tax credits and substantial expansion of existing ones has spurred excitement across the electric utility industry. For public power, the IRA's inclusion of direct pay and comparable tax incentives was a major victory. These credits apply to all kinds of clean energy projects and, most importantly, they allow LPPC's not-for-profit members to pass along the savings from these incentives to their ratepayers.
‍

Guest speakers also provided insight into the energy priorities of the next Congress, the future of President Biden's climate agenda, activities of the Conservative Climate Caucus, and key regulatory issues that may impact the electric utility industry in 2023.

Fostering dialogue between public power leaders and decision makers in Washington DC is a tradition that LPPC has carried since 1987. Serving 30 million Americans in some of the nation's largest cities, LPPC members continue to play a critical role in the development of federal energy policy.