Highlighted by Hurricane Ian, which wreaked havoc in the Caribbean and now threatens Florida, the U.S. public power sector faces challenges that are unprecedented but not insurmountable, according to speakers at a recent annual public power community conference in Manhattan.

Inflation, the reliability of power grids and the impact of environmental social and governance requirements received attention at the Sept. 13 conference in Manhattan, sponsored by the Large Public Power Council and S&P Global Ratings.

“We have been having conversations with those in government and others about it. More than anything you need a level of certainty to understand 'What does this mean in practice?'" said Di Stasio, former CEO of the Sacramento Municipal Utility District (SMUD) in California. "We get conceptually what you're trying to do, but it's not clear depending upon how you state your activities in that area, if it hits the mark."

"So that's the type of conversations that were having — just so that we try to understand it better so there's not a jeopardy of misstating of something or doing something that isn't well understood," he said. 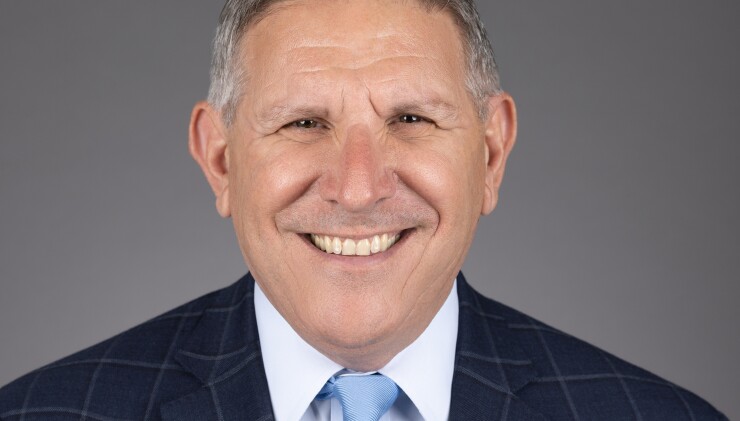 "We get conceptually what you're trying to do, but it's not clear depending upon how you state your activities in that area, if it hits the mark," said LPPC President John Di Stasio.

Mark Dombroski, CFO of Austin Energy, pointed out that while looking at ratings agencies' ESG scores and methodologies it was unlikely for a utility to see a rating change in the short-term.

"It's not something that you can do much about in the short-term for issue ratings and we're not sure how it's going to play out long-range — they each have their own scores and methodologies and there's nothing that can be changed quickly to raise a score."

Looking at ESG scores, it's not that dissimilar as to what ratings agencies have looked at in the past, said Tom Falcone, LPPC vice chair and LIPA CEO.

"To some degree ESG is taking a different lens to underlying factors that are not very different than what rating agencies have historically looked at — it's just a new flavor on it," he said.

Looking at inflation, Falcone said that running a utility always involves a balancing act — and you have to find the right combination of priorities, such as investing in clean energy and resiliency, while providing consumers with affordable rates.

"Inflation and higher commodity costs eat into what's available and makes that balancing act a little bit harder. But I don't know anybody who isn't doing what they need to do. Certainly at LIPA, we're not cutting back on our storm investment or clean energy transition," he said. "But we are still motivated to keep costs down for our customers."

He cited this month's securitization with the Utility Debt Securitization Authority, which he said saved a lot of money for LIPA's consumers.

"We were going to do a deal with the Utility Debt Securitization Authority either way — we always look to save money for our customers." 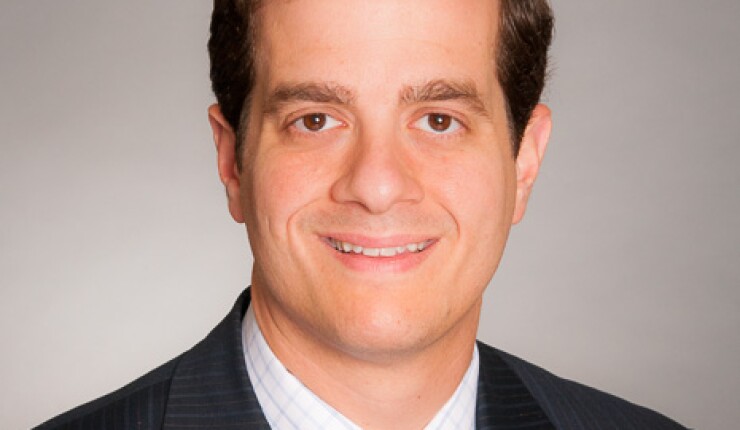 "For many utilities and their customers, hedging arrangements and robust liquidity are forestalling financial pressures associated with inflation," S&P said in a report released this month.

The LPPC was founded in 1987 and is made up of 27 of the largest public power systems in the United States, serving 30 million Americans, or 10% of the U.S. population.

LPPC members are not-for-profits, which are locally governed. The LPPC advocates for policies that let public power systems build infrastructure, invest in communities and provide reliable service at affordable rates.

Members are located in 21 states and Puerto Rico and these utilities own and operate more than 71,000 megawatts of generation capacity and more than 30,000 circuit miles of high voltage transmission lines.

There have also been a variety of power-related initiatives taking place across the country this year.

Nuclear power is getting a fresh look as a carbon-free power source, but its history of high costs has remained a hurdle to projects in the U.S.

The Utah Associated Municipal Power Systems, comprised of 50 municipally owned power systems across six Western states, hopes to change that with a first-of-its-kind small modular reactor technology which supporters say is the future of nuclear industry.

Meanwhile, seven states in the Midwest are joining forces to promote the development of clean hydrogen technologies in the region to bolster their economies, lower energy costs and reducing carbon-related emissions.

Illinois, Indiana, Kentucky, Michigan, Minnesota, Ohio and Wisconsin have signed the memorandum of understanding creating the Midwestern Hydrogen Coalition with a stated goal of accelerating the development of clean hydrogen. These states are also looking to tap into federal infrastructure funding.

The hurricane's angle of approach and slowness in moving, prolong its life-threatening impacts, including a devastating storm surge of 15 to 20 feet in the worst-hit areas and flooding, destructive winds and the risk for localized tornadoes, he said. 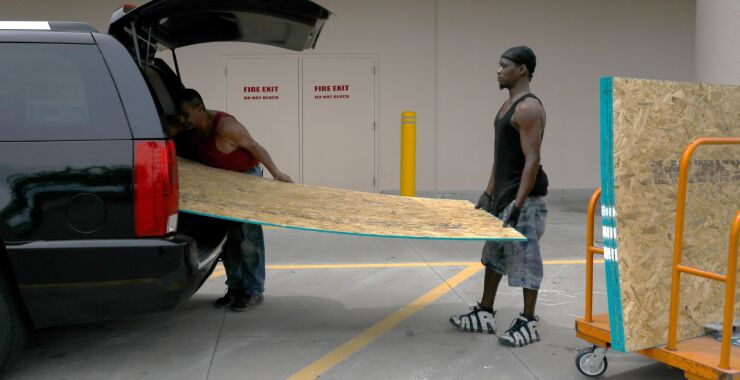 Customers buy plywood to board up windows ahead of Hurricane Ian.
Bloomberg News

Bloomberg News reported on Tuesday that Chuck Watson, a disaster modeler with Enki Research, said the economic hit to the Southeast's economy could reach between $60 billion and $70 billion.

Earlier this month, Hurricane Fiona caused widespread power outages in Puerto Rico. As of Monday, more than 750,000 of the system's 1.3 million customers on the island were still without power. The storm killed at least eight people in the Caribbean.

However, the island's power woes didn't start with the latest event. In August, Puerto Rico saw several major blackouts and widespread criticism of LUMA Energy, which operates the commonwealth's grid.

Last year, Winter Storm Uri slammed into Texas and other Southwest states, leaving thousands without power as the region was pounded with snow, ice and high winds amid record-low temperatures. The storm caused widespread blackouts and resulted in huge energy bills for consumers as prices for energy skyrocketed due to high demand. Lawsuits are still unresolved amid political and economic controversy, with the Electric Reliability Council of Texas — which manages the state's electric grid and which, during the storm, allowed electricity prices to rise more than 500 times over the usual cost — the target of many cases.

A $931 million California Choice Finance Authority prepaid energy transaction was a large portion of public power issuance, with two large new-money transactions also coming in — one from the New York Power Authority and another from the Intermountain Power Agency.

Still, S&P was optimistic about the long-term.

"Although we expect utilities will face a financial burden from high inflation, increasing interest rates and high commodity prices, we believe that most utilities will be able to preserve stable credit ratings during this period through an amalgam of automatic pass-through mechanisms, robust reserves, fixed price contracts, hedging practices and federal support," S&P said. "We also expect that utilities that use all or a combination of these strategies will be better able to maintain affordable electric rates while recovering costs to fund operations and maintenance expenses, capital needs, and debt obligations."