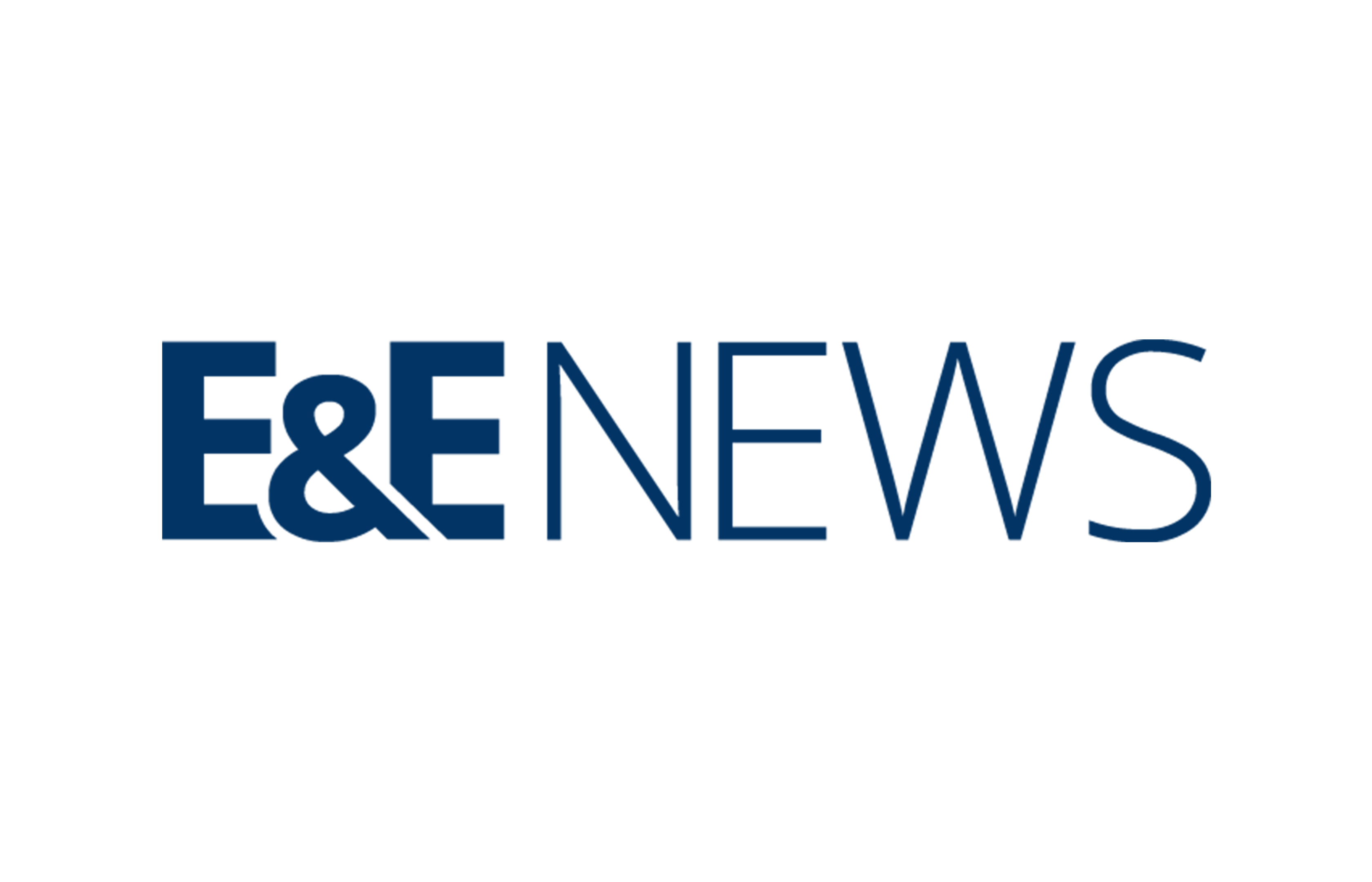 The Federal Energy Regulatory Commission released a proposal yesterday that could play a pivotal role in modernizing the nation’s power grid and advancing the transition to clean energy.

The commission plan offers some of the most significant federal changes in over a decade to the transmission planning process, which could help speed up the development of high-voltage power lines considered critical for adding more renewable energy to the grid.

Approved in a bipartisan 4-1 vote at the commission’s monthly meeting, the proposed rules seek to address key challenges in the process for planning new transmission projects and for determining how to fairly allocate their costs. Once the commission has reviewed comments on the proposal, it may issue final rules, most likely by the end of the year.

“Today’s proposed rules, if finalized, would facilitate much-needed transmission investment, improving the resilience of the grid, enhancing reliability and reducing power costs,” Chair Richard Glick, who voted in favor of the proposed rules, said during the meeting. “It’s also going to address our nation’s changing resource mix and the changing role of electricity in our society.”

The proposal came during the commission’s first in-person meeting since February of 2020. In addition to advancing reforms on transmission, FERC issued an order focused on reforming wholesale electricity markets in light of changes in the types of energy resources that provide power for the grid.

Under the changes proposed for the transmission planning process, electric utilities that deliver power would be required to identify transmission needs driven by the changing mix of energy resources, with consideration for potential extreme weather events that could affect infrastructure. Transmission developers would be compelled to assess the need for new regional power lines over a 20-year time frame at a minimum.

Transmission developers would also need to “fully consider” advanced tools that could make the flow of power more efficient and potentially reduce overall transmission costs, FERC staff said in a presentation on the proposal.

“We are thrilled to see action on the most important energy issue of our time: expanding the interstate transmission network,” Rob Gramlich, executive director of Americans for a Clean Energy Grid, said in a statement. “It seems obvious that we should be planning for future generation and load, but the rules need to change to make that happen.”

The proposal seeks to ensure that consumers benefit from new transmission projects and to better include state regulators, which typically have a final say in the siting of new power lines. In that sense, the plan recognizes the need for states’ “buy-in” on transmission infrastructure early in the process, which “may help improve outcomes,” said Commissioner Allison Clements, who voted for the notice of proposed rulemaking (NOPR).

“To be clear, should the states choose to accept the role proposed in this NOPR, they will become decision partners in guiding transmission investment. They will have influence over and accompanying accountability for weighing in on transmission planning decisions as to best serve customers,” said Clements, a Democrat.

Republican Commissioner James Danly was the lone dissenting voice on the proposal.

During the meeting, he described the proposal as an effort to “encourage buildout of transmission” to support “certain types of resources.” It would accomplish that by “socializing costs through putting public policy choices — state and, if you can believe it, local policy choices — front and center” in the transmission planning process, he said.

“That’s not something I think appropriately is a concern of the commission,” Danly said.

The commission’s other Republican, Mark Christie, voted to approve the changes, which he said could help ensure that power remains reliable and is delivered to consumers at reasonable prices. Notably, the proposed reforms would not change the process for developing and paying for all types of transmission projects, including those identified as necessary for electric reliability, Christie said.

He further described the plan as requiring “a process” without dictating specific outcomes, while giving states a much larger role in the development of power lines to suit their policy preferences or other needs, such as resilience in the face of extreme weather events. In addition, the rules would ensure that states only pay for projects that benefit them, Christie said.

The proposed plan received support from a range of clean energy groups, even as climate advocates and others acknowledged that some issues floated by FERC last year were left out of the rulemaking.

For example, the rules do not appear to address the issue of so-called interregional transmission planning, said Jeff Dennis, general counsel and managing director at Advanced Energy Economy.

Interregional power lines could be particularly helpful as the power system begins to rely more on carbon-free solar and wind projects, which tend to be built wherever those resources are most plentiful — and not necessarily close to cities and other places where electricity is most needed, analysts say.

That being said, the proposal was the product of compromise, commissioners said during the meeting. Bipartisan support for the reforms could help ensure that the final rules are durable, said Dennis, who previously worked at the independent agency.

Former Commissioner Neil Chatterjee, a Republican, similarly noted the significance of the bipartisan nature of the reforms.

“For something as significant as overhauling transmission policy in the U.S., which is necessary, to have durability, I thought it was important this be a bipartisan effort,” Chatterjee, who is now a senior adviser at Hogan Lovells, said in an interview.

Other than interregional planning, another issue seemingly left out of the proposed rules was changes to the interconnection process.

Around the country, renewable energy developers have complained of increasingly long wait times to connect to the transmission system, which they say has held back the deployment of more clean energy. Once generators do make it through the queue, they are sometimes assigned high costs to pay for system upgrades that need to be performed to accommodate their project.

Even so, reforms to both the interconnection system and the interregional transmission planning process could be addressed in future rules, said Glick, a Democrat. What’s more, improving the process for paying for and planning transmission projects could indirectly ease other, related issues, including interconnection and challenges in siting new transmission lines, Glick said.

“Our hope is we won’t have nearly as many contentious issues on upgrades in the interconnection process with an improved planning process,” Glick said during a call with reporters after the meeting.

Phil Moeller, executive vice president of the business operations group and regulatory affairs at the Edison Electric Institute, said the proposal marked an important step in recognizing the changing resource mix and the role of transmission in the energy transition. EEI is a trade association whose members include all of the country’s investor-owned electric utilities.

“Importantly, the NOPR supports long-term planning on a forward-looking basis while taking into account changes in the resource mix and in electricity demand,” Moeller said in a statement.

John Di Stasio, president of the Large Public Power Council, said his group — whose members include large consumer-owned utilities — is “pleased with the direction FERC is heading,” praising the new, forward-looking approach to transmission planning in particular.

“A balanced approach to building out the grid in a cost-conscious way will be critical moving forward. Cost control and the involvement of state and municipal entities in choosing projects and cost allocation will be critical elements of that balance,” Di Stasio said in a statement.

FERC also issued an order yesterday requesting that regional grid operators inform the commission as to how their markets are changing and of potential reforms they are considering.

Specifically, the order calls on regional transmission organizations and independent system operators to submit information about how their system needs “are and will be different” as different types of energy resources come online and in light of other changes in the energy sector, Glick said.

The order follows a series of technical conferences that FERC held last year examining the nation’s power markets. One of the takeaways from those conferences was that many regions were increasingly relying on renewable, intermittent resources, requiring a need for more “system flexibility,” Glick said.

“[This] will help enable the commission to assess whether modifications to the markets we oversee are necessary and to address the changing needs of the system,” he said.

FERC’s report on electric and natural gas markets found that in 2021, a record-high capacity of liquefied natural gas was exported from the United States. That led to an increase in overall natural gas demand last year compared with 2020. Natural gas prices also increased in 2021 relative to the year before as the United States and other countries began to recover from the effects of the coronavirus pandemic, the report said.

Natural gas and oil prices have further increased since the end of 2021, stemming in part from Russia’s invasion of Ukraine, FERC staff added during a presentation on the report.

Meanwhile, 2021 saw significant increases in solar, wind and battery storage capacity around the country. In addition, coal-fired power plants made up the largest share of retirements by resource type nationwide.

The report also noted growing challenges in the process for connecting new generation resources to the grid. At the end of last year, all of the RTOs and ISOs in the United States had 716,783 megawatts of resources in their interconnection queues, the bulk of which were solar, wind or hybrid resources.

“The changing resource mix, including the interest in and growth of renewable generation, has made backlogs and delays a persistent, growing feature of generation interconnection queues nationwide,” the report said.