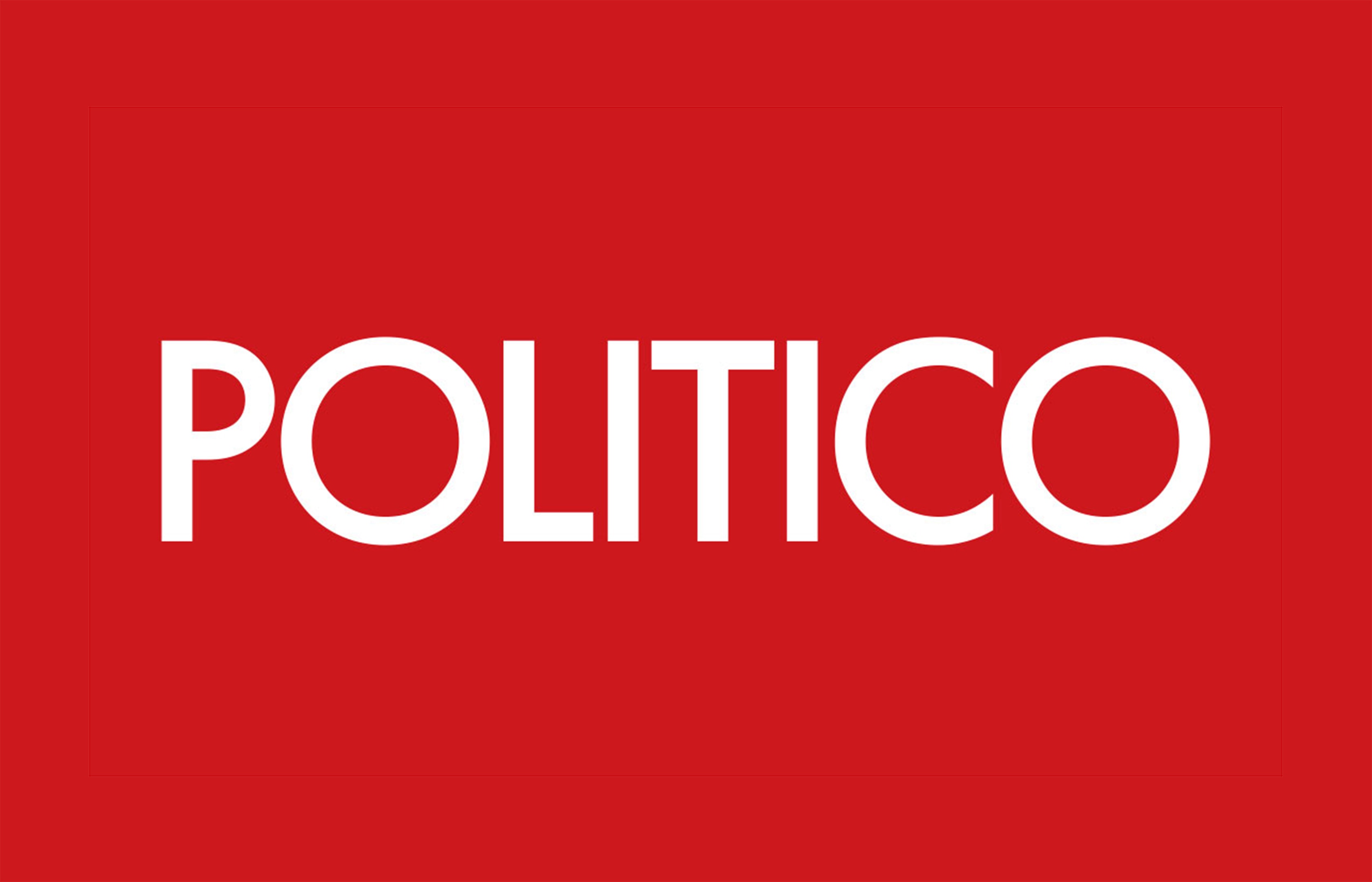 There's bipartisan agreement the federal government should have a greater hand in defending critical fuel infrastructure from cyber attacks, but the oil and gas industry doesn't want to get too hasty with a major oversight overhaul.

Lawmakers are brewing legislation to compel companies to report cyber attacks — a drive further invigorated by the Colonial Pipeline attack.

The heads of Exxon, Devon and EOG Resources declined to participate in a hearing by the House Natural Resources Oversight subcommittee on “Misuse of Taxpayer Dollars and Corporate Welfare in the Oil and Gas Industry.”

HAPPY MONDAY! I’m your host, Matthew Choi. Congrats to Chris Bliley of Growth Energy for knowing Ethan Hawke starred in all the movies mentioned in last week’s trivia questions. For today’s trivia: What is Eilis’s hometown in Ireland in the movie “Brooklyn”? Send your tips and trivia answers to mchoi@politico.com. Find me on Twitter @matthewchoi2018.

Check out the POLITICO Energy podcast — all the energy and environmental politics and policy news you need to start your day, in just five minutes. Listen and subscribe for free at politico.com/energy-podcast. On today's episode: Behind progressive anxiety toward a CES.

REFORGING THE ARMOR: The Colonial Pipeline hack prompted a fuel scramble just before a major travel holiday and shone a spotlight on some of the Biden administration’s political and administrative weak spots. But it has had an outcome rarely seen these days — getting Republicans and Democrats to agree on the need to bolster cybersecurity regulations in both the private and public sectors.

Meanwhile, the oil and gas industry is saying, hold your horses. Though industry leaders praised the Biden administration’s response to the hack, they told Pro’s Ben Lefebvre that they view a major overhaul on how private companies secure their cyber operations as a step too far.

“Any discussion of regulation is premature until we have a full understanding of the details surrounding the Colonial attack,” Suzanne Lemieux, API manager of operations security and emergency response, told Ben in a statement.

Ben goes into the challenges of patching up the holes that allowed ransomware to freeze one of the most important pipelines in the country — from the mere scale of a multifaceted industry to the complications of past private-public security collaborations.

TELL US WHAT’S WRONG: Lawmakers from both parties are cooking up legislation requiring companies like Colonial to tell the feds when they fall victim to a major cyber attack. The bills had been in the works before the Colonial attack, spurred on by the SolarWinds hack late last year, but the latest incident demonstrated how pressing the issue is.

Without reporting from companies, “the United States government is completely blind to what is happening,” Brandon Wales, the acting director of DHS’ Cybersecurity and Infrastructure Security Agency, told reporters on Thursday. “That just weakens our overall cyber posture across our entire country.” Wales told lawmakers last week that Colonial didn’t share details of the attack with CISA at first, though they did alert the FBI. The company offered data later in the week. Eric Geller and Martin Matishak have more for Pros.

NO THANKS: Five executives with fossil fuel producers have declined invitations to testify Wednesday before the House Natural Resources Oversight Subcommittee, according to a Democratic committee aide. The heads of Exxon, Devon and EOG Resources declined to participate, as did two officials from the Western Energy Alliance for a session entitled “Misuse of Taxpayer Dollars and Corporate Welfare in the Oil and Gas Industry.”

“The oil and gas industry gets billions in taxpayer-funded subsidies a year; their top executives owe an explanation to the American people about how they’re spending that money,” said Rep. Katie Porter, who chairs the subpanel, in a statement to ME. “Until families get the answers they deserve, Congress has a responsibility to keep asking questions." Fossil fuel officials declined a similar offer to appear at a Senate Budget Committee hearing led by Sen. Bernie Sanders earlier in April. More information on the hearing is available here.

GRANHOLM IN THE HOUSE: Energy Secretary Jennifer Granholm is back on the Hill on Wednesday to talk about the Energy Department’s fiscal 2022 budget request. Members on the House Energy and Commerce Committee will take advantage of the facetime with Granholm to ask about the Colonial Pipeline hacking. Ben also reports that Republicans on the House Science Committee were seeking briefings from the department on the hack.

Not-for-profit and tax-exempt community-owned electric utilities currently are excluded from being able to directly claim those credits and as a result only indirectly benefit through long-term power purchase agreements with developers and partners that can claim the credits, they argue.

"If the goal is to move toward a cleaner energy grid by providing tax incentives for developing clean energy generation, storage, transmission, and electric vehicle (EV) recharging infrastructure, federal incentives must be made available to all electricity providers," the groups wrote in a Friday letter.

But the recommendations also rejected measures heralded by many of Biden’s allies as critical to reducing emissions, including carbon capture and storage, carbon trading and nuclear power. It’s another illustration of the fissure between left-flank and mainstream environmentalists, who are increasingly clashing on questions of political feasibility, aggressiveness on fossil fuels and commitments to frontline communities (Michael Grunwald went into the divide for POLITICO last week).

The White House interagency EJ council will be reviewing the recommendations in the coming weeks, according to the Council on Environmental Quality. Zack Colman breaks it down for Pros.

NEW RULES: FERC decided to consider downstream carbon dioxide emissions in certifying new pipeline projects during its March meeting. This week, the commission takes up certification of three natural gas pipelines, and Northern Natural Gas made a supplemental filing with FERC to preview the carbon impacts of a new pipeline project. The step "suggests companies are cooperating with FERC's new stance in the interest of winning approvals," Eric Wolff reports for Pros.

Cheniere’s Midship pipeline in Oklahoma and the Spire pipeline in Missouri will also be on the agenda, with both projects facing criticism from landowners who felt disrespected by operators. The Cheniere project was the subject of a House Oversight hearing earlier this month that blasted both the operators and FERC, saying they failed to protect landowners from reckless property damage. Eric has more on FERC’s agenda this week for Pros.

I OBJECT!: The parent company of 7-Eleven finalized a merger with Marathon Petroleum Corporation on Friday — a move Federal Trade Commission Chair Rebecca Slaughter found “troubling” and “illegal”. The deal closed while FTC was still deliberating and probing the merger, which its members feared would squeeze out competition from smaller gas stations in local markets.

“The Commission has spent significant resources investigating this transaction but has not yet come to an agreement with the parties and a majority of the Commission that would fully resolve the competitive concerns. Seven and Marathon’s decision to close under these circumstances is highly unusual, and we are extremely troubled by it,” Slaughter and Commissioner Rohit Chopra said in a statement.

Slaughter and Chopra warned that the companies have "closed their transaction at their own risk" and that the commission will continue to examine the deal. In response, 7-Eleven said it was "disappointed" by that statement and both companies insist they were legally allowed to close the transaction.

WHITMER’S WAPO WATER WORDS: Enbridge continues to flow oil through the Line 5 pipeline, defying Michigan Gov. Gretchen Whitmer’s deadline last week to shut the line down. Enbridge argues the governor has no authority to shut down the decades-old pipe and that it would only do so if ordered by a court or relevant federal regulator.

Whitmer turned to The Washington Post’s opinion pages on Friday to express her discontent. She continues her call on the line to close, saying its segments passing through the Straits of Mackinac pose a major environmental threat and promising to pursue disgorgement of profits the company earns while "trespassing" on state land. But the line’s operator and the Canadian government insist it is a vital piece of infrastructure and that shutting it down would cause more harm than good.

“Running pipelines through the water of the Great Lakes is, and always has been, a dangerous threat,” she wrote. “I will not sit idle as this time bomb keeps ticking.”

ROLE REVERSAL: A bold proposal by Republican Rep. Mike Simpson (R-Idaho) to breach four hydropower dams along the Snake River as part of a sweeping bid to save the region’s iconic salmon runs and revitalize local economies is coming under fire — from Washington state Democrats.

The two Washington state Republican House lawmakers whose districts are home to the dams at issue have opposed the plan from the beginning. But support has been building among Oregon Democrats in recent weeks, with Rep. Earl Blumenauer (D-Ore.) teaming up with Simpson for a recent virtual town hall on the proposal.

But persistent opposition from Murray, part of Democratic leadership and a member of the Senate Appropriations Committee, could be a death knell for the proposal.

The statement from Murray and Inslee drew a swift response from tribes and environmentalists that have been supportive of Simpson’s plan. “This is not a time for generic statements of support for treaty rights and Northwest Tribes,” said Nez Perce Tribe Chairman Samuel Penney, whose tribe earlier this month released a study showing that Snake River chinook salmon are nearing extinction.

SEMPRA SHAREHOLDERS SAY NO TO PARIS REPORT: Sempra Energy's shareholders rejected by a 2-1 margin a resolution that would require the company to issue a report on whether its lobbying activities align with the goals of the Paris Climate Accord to limit global warming. The failure of the measure, which was opposed by Sempra's board, cuts against the trend of successful climate resolutions in recent weeks at the annual shareholder meetings of Duke Energy and Unilever.

The Sempra resolution was also notable because one of the company's subsidiaries, Southern California Gas, has been under investigation by the California Public Utilities Commission's consumer advocates for spending ratepayer dollars on advocacy opposing stricter energy efficiency standards. Last month, a CPUC judge ordered SoCalGas to refund the misspent money to customers but declined to fine the company — a move environmentalists slammed as "a slap on the wrist for this kind of flagrant unlawfulness and climate obstruction."

THAT’S ALL FOR ME!